This week has brought triumph and tears to some of your favorite celebrities. We’ve gathered some of the top entertainment news stories from August 7 – 13, 2022, to keep you updated on all the celebrity happenings.
Lance Armstrong is a married man. The seven-time Tour de France winner took his vows with Anna Henson in a beautiful ceremony at Château la Coste in France.
It’s sad but true! Metallica frontman James Hetfield is getting a divorce. James filed to end his 25-year marriage recently. The news broke on Saturday with TMZ putting out an article with all the details.
The BBC Radio program, The Archers, lost its leading lady this week in the best way. June Spencer retired from the radio drama at the age of 103. She is the last original member after originating the role of Peggy Woolley in 1951.
Also stepping away from her career is Serena Williams. The tennis star said she isn’t using the word “retire” but will cease competing in the near future. She told Entertainment Weekly about her plans to transition away from the sport.
The late Nipsey Hussle is set to receive two high honors. The rap icon will receive a posthumous Star on the Hollywood Walk of Fame in a ceremony on August 15th – his birthday. Los Angeles is also renaming the K-Line Metro Station to Nipsey Hussle Square. He was murdered on March 31, 2019.
Kevin Federline made quite the nuisance of himself with now-deleted Instagram video posts highlighting Britany Spears’s bleak private moments parenting her children. The internet took him to task, as well as Britney herself, who demanded her ex keep issues with the children off the web.
Ezra Miller continues his path of destruction. He is now facing felony burglary charges and is suspected to be harboring a missing woman and her children. The police, DCF, and several other organizations are involved in trying to locate the Flash star.
Mike Tyson is taking issue with Hulu for stealing his life story for an upcoming series. The show, which begins airing on August 25th, has the former boxer raging. Tyson claims the show approached people in his life with millions of dollars but did not offer him a dime.
Eddie Deepen is off the hook for his nursing home burglary scandal. The Grease actor was found not competent to stand trial. He is now receiving treatment from the Maryland Department of Health.
Jeopardy! is doing away with a 22-year fan-favorite tradition. Viewers will no longer see The Clues Crew. Sarah Witcomb Foss and Jimmy McGuire will cease to appear in the upcoming season.
Yellowjackets announced Lauren Ambrose as the adult version of Van. The Servant actress is taking on the role starting next season.
The Late Show will look a little different going forward. Jon Batiste is leaving the Stephen Colbert talk show. John was thought to be taking a break for the summer but it has since turned into a permanent move. Louis Cato will be taking over as bandleader.
News of Dame Olivia Newton-John’s passing rocked the entertainment world this week. The iconic Grease actress died peacefully at home on August 8th after a long and harsh battle with cancer. She was 73 years old. Her family posted her death notice on social media.
Anne Heche made front page news after she was in a fiery crash last Friday. Unfortunately, news came this week that she has no brain activity. As of this publication, her medical team is keeping her alive only to evaluate her organs for donation.
Veteran Actress Denise Dowse passed away on August 13 at the age of 64 due to complications of viral meningitis. She slipped into a coma earlier this month and her sister took to Instagram to ask for prayers. Best-known for her appearances on shows such as Beverly Hills 90210, Buffy the Vampire Slayer, Seinfeld, and ER.
Famed stuntman and wrestler Gene LeBell passed away peacefully in his sleep in Sherman Oaks. The judo champion once trained Bruce Lee, wrestled Elvis Presley, John Wayne, and Steve Martin in movies, and was said to be an inspiration behind Brad Pitt’s character in Once Upon a Time in Hollywood. He was 89.
Comedian Teddy Ray, whose given name was Theodore Brown, died of undisclosed causes in Rancho Mirage, California, at the young age of 32. The Riverside County Sheriff’s Department is investigating.
Australian actor Paul Eenhoorn died this week. The 73-year-old actor was beloved for his roles in This is Martin Bonner, Max Rules, and Viper Club. His wife told the press he passed peacefully in his sleep.
Fox News anchor Uma Pemmaraju, died this week. The Emmy-Award-winning journalist passed on August 11th at 64 years old. She was a founding Anchor of the network when Fox News launched in 1996.
Motown lost one of its most influential songwriters this week. August 9th saw the death of the legendary Lamont Dozier. The 81-year-old wrote some of R&B’s most famous songs including Baby Love by the Supremes and Four Tops’s I Can’t Help Myself.
Actress Robyn Griggs is in hospice care this week and sadly passed away after a long battle with cancer on Saturday, August 13. She is fondly remembered in the soap world as Maggie Cory on Another World. She was 49 years old.
Check out more celebrity news, gossip, scandals, and stories by following Soap Hub’s Entertainment page.
Amber Sinclair is the Assistant Editor of Soap Hub.
Amber has been writing about Soap Operas for eight years.
Prior to that, Amber worked at Vici Properties in the real estate industry.
Based in Ontario, Amber spent her childhood watching daytime TV with all the women in her family. The captivating storylines and sagas helped shape her own creativity.
© 2013-2022 – Soap Hub 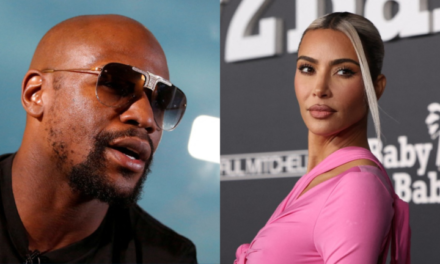