DIY enthusiasts will finally be able to unleash their inner creativity with Sussex County’s first Michaels store slated to open this year.
The nation’s largest specialty retailer of arts and crafts is taking over the space left vacant after the 2020 closure of Bed Bath & Beyond in the Hampton Plaza, at 21 Hampton House Rd., Hampton.
The 13,366-square-foot store is undergoing renovations to bring the crafts store to “life,” said Rachel Petersen, head of corporate and product communications at Michaels.
The store is expected to open later this year with a soft opening planned in the coming months, Peterson said.
The move comes nearly two years after the community grieved the loss of Sussex County’s only Bed Bath & Beyond, which announced its closing just weeks after crafts retailer A.C. Moore, located just two doors down. A.C. Moore joined the growing death of America’s retail stores when its parent company, Nicole Crafts, announced in 2019 that they were closing all 145 of its stores, stating in a release that it was “very difficult for us to operate and compete on a national level.”
New owners:Historic 1883 Sandyston general store has new owners. Here are their plans
Sussex County:Businesses raise $2,300 to support opioid addiction recovery
Rumors had taken hold that Michaels would soon replace the space left vacant by A.C. Moore in the plaza, since Michaels’ then-CEO Mark Cosby announced plans to take over leases for up to 40 store locations. But the chatter was quelled when USA Wine Traders Club, a New Jersey-based discount beer, wine and liquor store, opened there in 2021.
Michaels is now hiring for full- and part-time positions for the store.
Michaels has 34 locations in New Jersey, with four in Morris County, three in Passaic and Bergen counties and one in Hudson County. The retailer operates more than1,200 locations across the United States and Canada and offers arts, crafts, framing, floral and wall décor, and merchandise for makers and do-it-yourself home decorators. The company pulled in $5.27 billion in revenue in fiscal year 2021, an increase from 2020’s $5.07 billion.
Michaels joins a growing list of retailers moving into spaces left vacant in the Hampton Plaza, including Harbor Freight, a national chain of hardware and tool stores, which opened in May 2019 in a space once occupied by sporting goods store Modell’s.
Lori Comstock can be reached on Twitter: @LoriComstockNJH, on Facebook: www.Facebook.com/LoriComstockNJH or by phone: 973-383-1194. 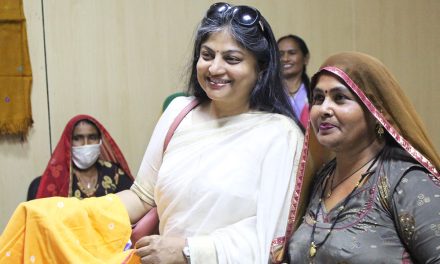 3 Mother's Day crafts ideas from TikTok, plus how to pull them off – Fox News