Queen's University, Ontario provides funding as a founding partner of The Conversation CA.
Queen's University, Ontario provides funding as a member of The Conversation CA-FR.
View all partners
We have seen drastic changes in the media industry over the last two decades. Between 2008 and 2021, more than 450 news outlets closed across Canada and at least one-third of journalism jobs disappeared.
The digital platform giants — notably Google and Facebook — are very much part of this media ecosystem, but are they positive contributors?
By reproducing or linking to articles they don’t create, but earn ad revenue from — they claimed 80 per cent of online ad revenues, or almost $10 billion, in 2020 — these big tech companies seem to deprive news publishers their rightful due. So should publishers be compensated for the use of their content?
Many countries have debated this question; few have acted. In 2019, the European Union instituted a so-called “link tax” — essentially a licensing fee that search engines and news aggregators have to pay publishers for using their content. In 2021, Australia brought in a law that compels Google and Facebook to negotiate deals with the country’s news publishers.
Now, Canada is weighing in. In April, the federal government tabled legislation that channels Australia’s approach. Bill C-18, the Online News Act, is a sharp-elbowed nudge to get the dominant digital platforms to negotiate mutually-acceptable agreements with Canada’s online newspapers, magazines and TV and radio broadcasters.
If they cannot come to terms, the parties would have to enter a binding arbitration overseen by the Canadian Radio-television and Telecommunications Commission (CRTC), the arm’s-length regulator. If enacted, would Bill C-18 “contribute to the sustainability of the news market,” as the government promises?
Read more: A paltry number of Canadians are paying for online news
It’s true that news outlets have struggled to make money ever since the internet upended their gravy train — classified ads and print subscriptions. But it’s also true that search engines and aggregators have expanded the online news market. They direct substantial traffic to the publishers’ websites, particularly traffic from casual readers that otherwise would not take place.
There is no evidence that shows news outlets are worse off because of Google, Facebook and other aggregators. If anything, evidence (and lots of it) shows that, overall, news outlets would be in worse shape without these digital platforms.
That’s what I found in a study I undertook with economist Joan Calzada of the “link tax” imposed by Spain (before the EU-wide directive was instituted in 2019).
In 2014, Spain began forcing aggregators such as Google News to pay a link fee to original publishers. Google responded by shutting down its Spanish edition. We found that after the shutdown, Spanish news outlets experienced a reduction in the number of daily visits of between eight and 14 per cent.
To add insult to injury, advertisers stopped placing ads on their sites, causing a collapse in ad revenues. Particularly hard hit were smaller news publishers — lower-ranked sites with a larger share of casual readers.
During the same period, Germany instituted a link fee as well. In this case, Google News required German publishers to waive the linking fee. A study from the University of Munich found that publishers deciding to opt out from Google indexing faced disastrous consequences: daily visits to their sites significantly dropped and traffic was diverted to competing sites that opted into indexing.
These and other studies show news publishers benefit from the Googles of the world. So would Bill C-18, as it currently stands, really change anything for the better?
The current debate is based on a false premise, that news outlets are not already being compensated, instead of focusing on the rightful split of joint revenues between the platform and the content creator.
If Bill C-18 passes, we can expect big publishers to receive most of the funds — that’s what happened in Europe and Australia. Smaller media outlets with low brand awareness will suffer unless they band together and bargain collectively with the digital giants.
We can expect Google, Facebook and their ilk to adjust their market behaviour. What would stop them, for example, from tweaking their algorithms to benefit news publishers offering the most favourable arrangements?
Recent evidence shows Google Australia started recommending less “expensive” content after the law was passed in Australia.
Alternative policy responses must be considered. In the past, when Google faced similar legal trouble, France and Belgium set up lump sum funds that were shared by news publishers based on a predetermined formula. Such an approach ensures a fair distribution of funds across content creators and doesn’t distort market behaviour of the platforms involved.
Bill C-18 is just one of three pieces of legislation now being considered by the House of Commons. There is also a proposed bill that addresses hate speech and other online abuses and another that brings online streaming services under the Broadcasting Act.
It’s clear Canadians approve; polling shows a majority support greater government regulation on the internet. While it’s good to be on the right side of public opinion, it’s better to be on the right side of policy.
Write an article and join a growing community of more than 153,900 academics and researchers from 4,498 institutions.
Register now
Copyright © 2010–2022, The Conversation US, Inc. 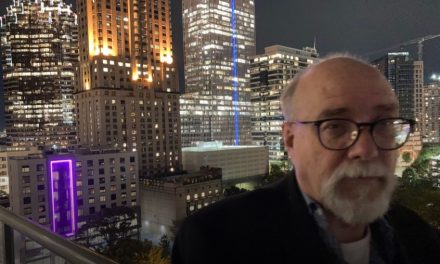