Aug 16, 2022
The Warren Hogs’ Ty Bryan fights off a defender en route to a 65-yard touchdown Saturday in Bradford. Photo courtesy of Lyndsey Sanford
The 5th/6th-grade Warren Hogs lost at Bradford 31-14 on Saturday in their first league matchup of the season.
Bradford came out strong, scoring on its first and second drives.
Warren was able to get on the board after a long pass from Ty Bryan to Parker Kiser, who stepped out at the 1-yard line. Thayne Gourley was able to run it in up the middle on the very next play putting Warren on the board.
Warren gave up a lot of yards in the air to the Raptors.
Late in the third quarter, Bryan was able to make the corner and rushed for a 65-yard touchdown. Bryan then connected with Parker Kiser for a 2-point conversion to end the scoring for Warren on the day.
The Warren Hogs line up against the Bradford Raptors on Saturday in Bradford. Photo courtesy of Lyndsey Sanford
Bryan led the offense with 100 yards passing, 72 yards rushing, a rushing touchdown and the 2-point conversion pass. Kiser had 55 yards receiving, 10 yards rushing and caught the 2-point conversion. Gourley had 7 yards rushing, 5 yards receiving and a rushing touchdown. Wyatt Wilson had 40 yards receiving. Kiser also led the team in tackles and broke up a pass. Copper Nobles and Drake Brown had four tackles apiece and each added a sack.
The Hogs will host Port Allegany in Sheffield next Sunday at 1 p.m. and the Warren Dawgs will travel to Smethport on Saturday for a 1 p.m. game.
Today’s breaking news and more in your inbox
Today’s breaking news and more in your inbox 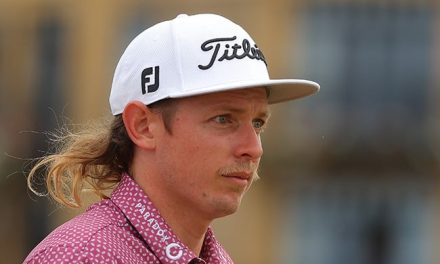