Axed DA parliamentary chief whip Natasha Mazzone says her move to the backbenches of the National Assembly is certainly not a demotion.
“Haters are going to hate,” she told News24 on Thursday.
In an unexpected move, Mazzone was removed as opposition chief whip to the backbenches to serve on the Joint Standing Committee on Intelligence.
READ | Opposition counting on MPs’ ‘honour’ to get vote of no confidence against Ramaphosa passed
She was replaced by DA MP Siviwe Gwarube who, four years after walking into the National Assembly for the first time, rose to the party’s top strata.
On Thursday, DA leader John Steenhuisen announced several changes to the party’s whippery in the National Assembly.
Asked for comment, Mazzone said:
According to a statement from Steenhuisen, Mazzone will focus on overhauling the oversight model of the state security apparatus.

In addition to this, she will serve as national security advisor to Steenhuisen.
Gwarube, 33, became an MP in May 2019. In December 2021, she was elected the party’s deputy chief whip.
Before that period, she served as the DA’s spokesperson on health where she was especially critical of the National Health Insurance Bill and the slow pace of Covid-19 vaccine sourcing.
Gwarube was also the DA’s national spokesperson.
The move is seen as a demotion for Mazzone who was in the position for just over three years.

In April, Sunday Times reported that Mazzone was said to be facing a revolt by a dominant group of party MPs who were pressing Steenhuisen to remove her from her post.
Meanwhile, the DA has promoted controversial MP Dianne Kohler-Barnard as its new spokesperson on communications.
Kohler-Barnard came under fire after she shared a Facebook post praising apartheid leader PW Botha.
Her DA membership was terminated at the end of October 2015. At a disciplinary hearing, she pleaded guilty to breaching the party’s social media policy and bringing it into disrepute. And in December 2016, her expulsion was lifted after an appeal.
The party decided to keep her in her position until the end of the fifth Parliament, on condition that she was not found guilty of any transgressions during that period.
READ | Makashule Gana ready for new political ‘movement’
However, she had to attend a presentation on the safe use of social media, pay a R20 000 fine and resign from all elected positions in the party, except that of MP. She was demoted from shadow police minister to deputy shadow minister of public works.
In other moves, the official opposition appointed Noko Masipa as spokesperson for agriculture, land reform and rural development.
Marina Van Zyl, the DA’s newest MP, is an additional member on the basic education committee.
DA MP Solly Malatsi reprises his role of national spokesperson alongside Cilliers Brink.

27 Aug
State of the Nation – Weekly
Delivered to your inbox every Thursday, subscribers will receive Du Toit’s newsletter-exclusive take on the state of South Africa.
27 Aug
26 Aug
25 Jun 2021
20 Aug
13 Aug
06 Aug
26 Aug
26 Aug
26 Aug
26 Aug
Contact the public editor with feedback for our journalists, complaints, queries or suggestions about articles on News24.

'El Jefe' the jaguar, famed in US, photographed in Mexico – The Associated Press 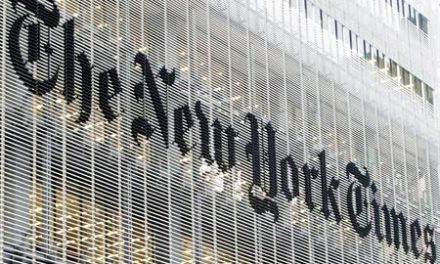 U. of Florida Trustees Approve Ben Sasse as School’s Next President – The New York Times