A Mississippi grand jury declined to indict the white woman whose accusation led to the kidnapping and death of Emmett Till in 1955, making it unlikely she will ever be prosecuted for her role in the lynching that fueled the civil rights movement.
A grand jury in Leflore County listened to more than seven hours of testimony from investigators and witnesses last week before determining there was insufficient evidence to indict Carolyn Bryant Donham, 87, on charges of kidnapping and manslaughter. It’s the second time a grand jury has heard evidence against Donham, according to a news release from W. Dewayne Richardson, the county district attorney.
The Rev. Wheeler Parker, Till’s cousin, called the outcome “unfortunate, but predictable.”
“The prosecutor tried his best, and we appreciate his efforts, but he alone cannot undo hundreds of years of anti-Black systems that guaranteed those who killed Emmett Till would go unpunished, to this day,” Parker said in a statement.
BACKGROUND: 1955 unserved warrant for woman in Emmett Till case found in courthouse basement
Donham accused Till, 14, who was Black, of making lewd remarks and grabbing her while she worked at a family store in Money, Mississippi.
Till, who was from Chicago and visiting relatives in Mississippi, was abducted at gunpoint by Donham’s then-husband, Roy Bryant, and brother-in-law J.W. Milam. They brought him to her for identification, she wrote in an unpublished memoir obtained last month by The Associated Press.
Donham said she was unaware of what would happen to the teenager, whose badly disfigured body was found days later weighed down in a river.
Till’s mother, Mamie Till Mobley, held an open casket funeral in Chicago to show the public the brutality of lynching, which helped galvanize the growing civil rights movement.
Till’s death led to a decades-long effort to pass legislation to make lynching a federal hate crime. President Joe Biden signed the Emmett Till Antilynching Act in March.
EMMETT TILL’S COUSIN: ‘Very grateful’ for newly signed law but ‘it doesn’t stop our fight’
Roy Bryant and Milam were arrested and acquitted of murder charges by an all-white, male jury, but Donham was never taken into custody. In the mid-2000s, the FBI investigated the case and presented evidence to another Leflore County grand jury, which returned a “no bill” against Donham for manslaughter, Richardson said.
In 2017, the Justice Department reopened the investigation after reports that Donham had recounted her statements about Till but found “insufficient evidence” that she lied to the FBI.
In June, an unserved arrest warrant for Donham was found in the Leflore County circuit clerk’s basement, leading Till’s family to again call for her arrest. That discovery and “additional information” led prosecutors to present the matter to a jury, Richardson said in the news release.
“The murder of Emmett Till remains an unforgettable tragedy in this country and the thoughts and prayers of this nation continue to be with the family of Emmett Till,” Richardson said.
Contributing: The Associated Press
Contact Breaking News Reporter N’dea Yancey-Bragg at nyanceybra@gannett.com or follow her on Twitter @NdeaYanceyBragg
‘INSUFFICIENT EVIDENCE’: DOJ closes Emmett Till investigation
In Georgia this week: Dad, son sentenced to life for hate crimes in Arbery death 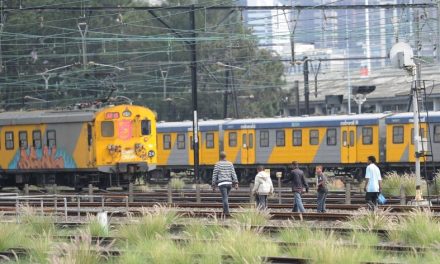