This is our time.  To build morale… to step up. After missing coveted coverage of Kendrick Lamar this tour, I felt impassioned to write a review in a different direction altogether.  This is the first time I’m not basing it on an actual show, but rather, a think piece which ties into one song off Lamar’s latest album, Mr. Morale & the Big Steppers.  The song is called “Mirror.”  And, it is my hope that, by the end of the article, the reader might feel as charged or impassioned.
Going right into the song… it’s more powerful than what’s on the surface… it’s about introspection and evolving within:  I choose me
The pressure’s takin’ over me, it’s beginning to loom
Better if I spare your feelings and tell you the truth
Lately, I redirected my point of view

Kendrick has long been vital to charitable efforts and giving back to his community.  Anyone that’s listened to his music knows that he’s been through it and recognizes real world problems— hence his willingness to help solve that which toxifies our world.  The surmounting pressure on the artist to be more than what he can humanly give, however, I feel, shifts him towards a partial detachment.  Devout fans have collectively built him up to be a prophet or messiah, because Lamar’s work is so profound and a pure reflection on culture and struggles— which people going through relate to, and where these lines ring true:  Sorry I didn’t save the world, my friend
I was too busy buildin’ my redempt’
On the tour bill, reads the tagline, “COME HELP MR. MORALE GET OUT OF THE BOX,” for which he physically has a visual installation on stage, where he is boxed inside a floating platform (perhaps showing the artist is merely a vessel).  Here, Lamar switches gears to tend to his own spiritual growth and seems to abdicate his authority for us to do the work— not as a means of giving up but rather empowering the ship to float:
Faith in one man is a ship sinking
Do yourself a favor and get a mirror
The mirror grievings
Then point it at me so the reflection can mirror freedom
This is our call to action, as we are handed the torch.  WE are the Big Steppers.  And Lamar has given us Morale. 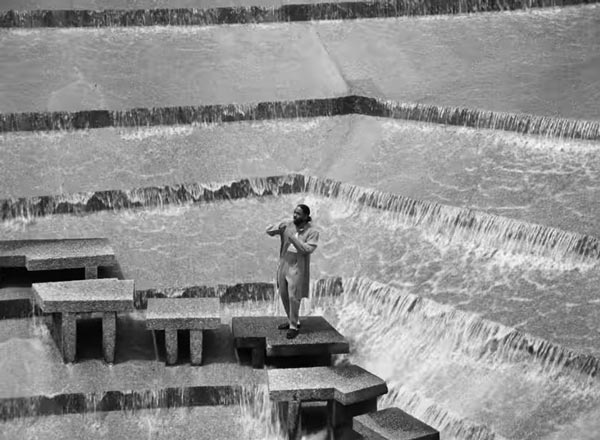 It’s weird to reflect, if looking at yourself through a mirrored time capsule.  In a 2015 interview with Josh Eells at Rolling Stone, the writer describes the song “u” as being “the sound of a man staring into the mirror and hating what he sees, punctuated by a self-aware hook: “Loving you is complicated.”  “That was one of the hardest songs I had to write,” Lamar says. “There’s some very dark moments in there.  All my insecurities and selfishness and letdowns.”  I think that Mirror is definitely an extension of the growth which came from that through the years.
One of the critical lessons that Lamar’s mama taught him is that change starts from within. “My moms always told me: ‘How long you gonna play the victim?’ ” he says. “I can say I’m mad and I hate everything, but nothing really changes until I change myself.”  Similarly, this mirrors the powerful statements I’ve seen from Halsey’s Love & Power Tour this year, when the artist had a bold message emblazoned behind them against a stark red background:  “Don’t wait for revolutionaries to change the world.  Be the revolutionaries.”  The next slide said “No one is coming to do the work for us.”  And it resonates.
Throughout Kendrick’s career, he’s had an ever changing lens on perspective, based on experience and expectation… but with that, knowingly or unknowingly, comes evolution.  Take, for example, Lamar’s discussion on homelessness in this 2015 interview.  He describes the pervasive condition entrenched in our society and reimagines our instincts to disengage, instead, by challenging our integrity:

A grim reality is that today’s technology has primarily dulled our capacity and potential to proactively contribute, with apps like TikTok taking us down the rabbit hole.  That’s not to say the app is inherently bad; it too can produce positive effects.  As a whole, currently, though, we’ve indirectly embraced slacktivism, hoping other people might patch up the world, while we’re consumed by entertainment and distraction.  We find ourselves lost in an oblivion of TikToks— and while I love the fun escapism in the plethora of Drake challenges— I feel the world could use some Morale challenges, where we step up and do some good, especially for those in need.  Speak with someone who needs help; offer your time; give a hand up.  There is one YouTube channel which positively impacts lives like this, Humans of New York.  Imagine if we could amplify that by thousands.
More than this, I believe the highest power lies in mentorship.  Lamar stresses the vital importance of this in a video he made in partnership with mentoring.org called “Pay It Forward.”  Kendrick’s charitable efforts are detailed in a read-worthy article on Global Citizen, entitled Activism & Charity: The Many Ways Kendrick Lamar Gives Back.  It mentions how the artist has donated nearly all of the proceeds from a 2014 world tour to Habitat for Humanity and to his city of Compton, in addition to other charities and benefits.  Kendrick headlined the Global Citizen Festival in 2016, where Global Citizen mobilizes itself around a triad of core global issues:  Defeat Poverty, Defend the Planet, and Demand Equity.  (Let’s keep this mentor-ship afloat!)
So I’d like to call on the founders of Global Citizen to rally/create the Morale Mentorship Program surrounding these, and other, central issues.  Together, we can also aid in funding social services with better mentor programs.  Maybe not ones where we simply expect applicants to seek independence on their own— but ones where we instead listen to people’s stories and empower/recruit them.  It’s important to be transparent here too in saying that this author is not speaking blindly, having relied on the system when I was desperate and in need— my darkest hour where I lost everything and battled depressive thoughts like those that Kendrick writes in his lyrics.  Perhaps not to the extent or depths of his own trials, but I know firsthand what it’s like to rough it in a cold car at night and lose my home.  I guess what it comes down to is looking inside and knowing your worth, regardless of what people want to believe about you— and no matter your past traumas or what you’ve been through that’s harmed or wronged you.  If you fight hard enough, you’ll rise up— as Kendrick’s mama once said. 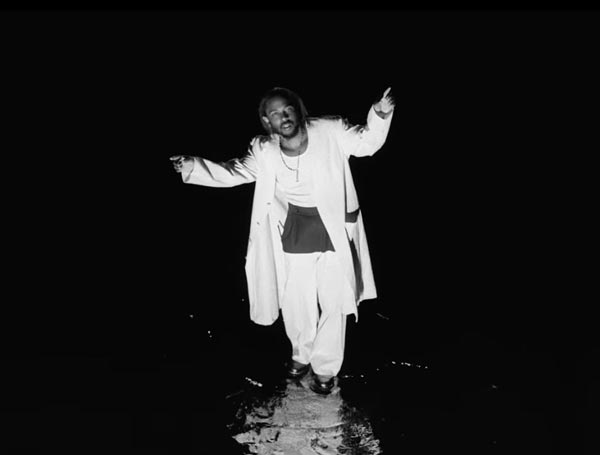 Celebrity birthdays for the week of Aug. 14-20 – The Associated Press – en Español