Watch now: Head to Sugar Grove Nature Center for a night with the stars – The Pantagraph

Start exploring magnificent places with our weekly travel newsletter.
Sunil Chebolu, president of Twin City Amateur Astronomers, explains how his Celestron telescope works before a public viewing session at Sugar Grove Nature Center.
FUNKS GROVE — Exploring doesn’t stop when the sun goes down. When the stars come out, the star-gazers come out.
Grab a telescope or pair of binoculars and gaze back in time at the light from stars and other celestial objects that originated long ago.
Don’t let the lack of a telescope leave your exploring earthbound. There is plenty to see with the naked eye, including a meteor shower that peaks this month.
Are you still not satisfied or simply want to learn more about what you are seeing? The Twin City Amateur Astronomers host monthly public viewing sessions at Sugar Grove Nature Center from April through October.
“We have only one mission here,” said the group’s president, Sunil Chebolu, “…to spread the knowledge and enthusiasm of astronomy to all people in the Twin Cities.”
Or, as TCAA member Paul Pouliot of Pontiac put it, as he set up his reflecting telescope at the July 30 session: “To share our passion for the stars.”
Paul Pouliot, a member of Twin City Amateur Astronomers, sets up his reflecting telescope for use during a public viewing session at Sugar Grove Nature Center.
Chebolu, a math professor at Illinois State University, said, “The best way to do that is through this kind of fun outreach thing. Make it family friendly. Have kids come.”
The remaining sessions are 8:30 to 10:30 p.m. Aug. 27; 7:30 to 9:30 p.m. Sept. 24; and 7 to 9 p.m. Oct. 22. The starting time varies based on when the sun sets.
See the “Twin City Amateur Astronomers” Facebook page not only for information on the public viewing session but also to learn about what’s going on in the sky.
Club members set up a variety of telescopes, some aided by computers, to zero in on planets, galaxies, nebulas and other objects.
No matter how many times you have seen pictures of Saturn, for example, there’s something magical about looking through a telescope to see its rings yourself.
Carl Wenning, a member of Twin City Amateur Astronomers, focuses his telescope at a public viewing session at Sugar Grove Nature Center.
Laser pointers are used to point out common constellations and particular stars.
A fly-over by the International Space Station during the July viewing session also triggered a few “wows” and “cools.”
Each public viewing session starts with a presentation on a sky object or astronomy topic in the picnic shelter.
July’s topic on “Meteors, Meteorites and Meteoroids” was presented by club member Marc Tiritilli, a physics instructor at Illinois Wesleyan University who oversees IWU’s Mark Evans Observatory.
The observatory, at 301 E. Beecher St., is open to the public from 8 to 10 p.m. Monday through Thursday when the university is in session, weather permitting. Check the “Mark Evans Observatory” Facebook page.
“A meteor is actually the flash of light that you see. Sometimes they get really big and we call them a fireball. … And, of course, when they land, they are meteorites,” said Tiritilli.
He brought pieces of meteorites for those in attendance to see and hold, which particularly fascinated the many children in attendance but also the adults.
The topic was timely with the annual Perseid meteor shower running roughly from late July to mid-August.
Tiritilli explained that meteor showers result from Earth passing through debris left behind by comets.
“It’s like driving through the dust behind a car on a gravel road,” he said.
In the case of the Perseids, the source is the “dust” from Comet Swift-Tuttle.
The nearly full moon currently is washing out the dimmer meteors, but you still should be able to see some “falling stars” if you get away from city lights, let your eyes adjust and lay on a blanket or in a lounge chair.
For more information on the Perseid shower, go to timeanddate.com/astronomy/meteor-shower/perseid.html.
Lenore
Sobota

Start exploring magnificent places with our weekly travel newsletter.
Education Reporter
Education Reporter for The Pantagraph.
{{description}}
Email notifications are only sent once a day, and only if there are new matching items.

Laura’s Gardens is an integral part of the Illinois Art Station, 101 E. Vernon Ave., Normal. But you don’t have to take part in an Art Station program to enjoy the shady oasis along the Red Granite Trail.

But the area along the Sangamon River that is now Lincoln Trail Homestead State Park and Memorial played a pivotal role in Lincoln’s historic journey. 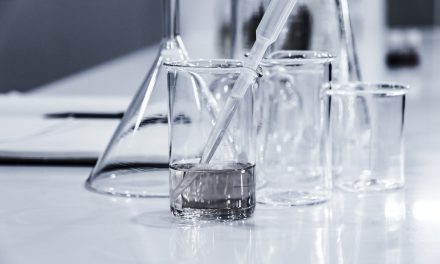