Tuesday, 16 August
11 Aug
SA Rugby president Mark Alexander called for a mindset change towards women’s sport instead of the myriad “grandeur statements” that are all the rage in the country.
Banyana Banyana’s victory at the Women’s African Cup of Nations could provide a catalyst for speedy transformation of women’s sports, with calls growing loud for professionalism and sufficient funding, similar to the men.
The conversation grew legs when Lara van Niekerk, Tatjana Schoenmaker, Kaylene Corbett and the rest of the Team SA swimming team kept women achievers in the national conversation.
READ | Springbok Women get major sponsorship boost
Then, as if sensing the usual grandstanding by politicians and administrators would taper out as always, Ashleigh Buhai made history by winning the Women’s Open at Muirfield in Scotland.
It has been one of the most outstanding periods for South African women’s sport, topped off by the Springbok Women securing a title sponsor, FNB, days after winning their first Test overseas in beating Japan 20-10 in Kumagaya last Saturday.
However, Alexander was stern that the time for talking was over and that corporates needed to dig into their pockets and sports fans needed to show their active support for women.
“We say women are important, we’ve said a lot about women’s sport … women are the architects of our society but do little about supporting them from a financial point of view and a moral point of view,” Alexander said at FNB’s reveal.
“People don’t really come out and support them in person. All of us need to change our mindset and support the women’s game.
“The funding is skewed from corporates. In order for us to have a strong professional league, we need to build a business case and we need funders to put money into the system.
“Instead of making grandeur statements, we’d rather do a proper business plan. The start is the talk about two women’s teams in the URC and grow from there.
“We need a strong schools and university system, like the men’s rugby, to feed the elite development continuum.”
Your squad for the weekend. @FNBSA #TogetherMovingForward pic.twitter.com/DpxOYGe03a
The Springbok Women will curtain raise for the Springboks men’s team against the All Blacks (17:05) at Ellis Park when they face Spain (13:00) this Saturday.
It’s SA Rugby’s way of bringing them to the fore, where the fans are, and out of the “shadows”, where they’ve long been parked.
“We want people to see the women in action and to put them in lights,” said Alexander.
“You need big organisations to support women’s rugby.
“A lot has been said in the papers about women’s sport but when it comes to funding women’s sport in the country, there are very few organisations that actually do so.
“This is a start and an exciting start in getting the women’s game funded.”
FNB’s contract with the Springbok Women is a one-year deal, with the option to renew.
South Africa will feature at the Women’s World Cup for the first time since 2014, where they performed poorly.
It was partly due to neglect and hoping for miracles on the world stage.
That 2014 humiliation led to SA Rugby suspending international women’s rugby for four years while it renewed its systems, bringing more domestic competitions and putting better resources and focus on the women’s game.
Alexander said the four-year Test hiatus is bearing fruit and there are plans afoot to include two South African teams in a new women’s United Rugby Champions (URC) tournament that’s set to be a game-changer.
“When we did it to stabilise certain avenues,” he said.
“We were running ahead of the game but certain pillars were not in place. We had to put proper pillars in place to support the game.
“We took the step to not focus on internationals but try to fix what we have here first before participating internationally.
“There’s definitely an improvement. You can actually see the quality of rugby the girls are playing.
“I must commend (SA Rugby high-performance manager for women’s rugby) Lynn Cantwell, who put the right systems in place when she came. Men have always tried to develop the women’s game but it’s unique and there are different needs.
“It needed a woman’s touch and I think Lynn has done wonders for the women’s game.” 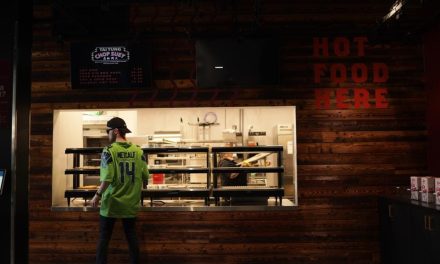