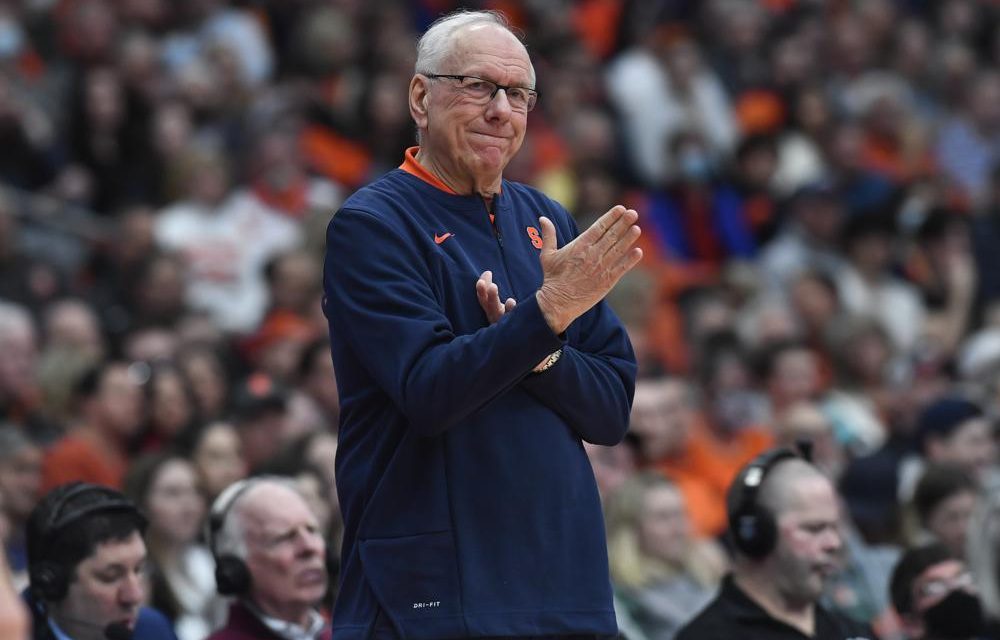 SYRACUSE, N.Y. (AP) — Syracuse coach Jim Boeheim reached his 1,000th career victory on Saturday in a 76-48 win over Northeastern.
Joe Girard had 21 points and five 3-pointers for the Orange (2-1), Jesse Edwards added 19 points and seven rebounds and freshman Judah Mintz scored 18 points.
Boeheim has been at the helm of Syracuse since 1976, and had 101 wins over the course of five seasons vacated in 2015 by the NCAA.
The Orange led Northeastern in points in the paint (44-20), points off turnovers (18-10), and fast break points (13-0).
The Orange jumped out to a 9-0 lead over the first two minutes led the rest of the way. Syracuse pieced together a 21-6 run in the second half to boost its lead to 68-39.
Jared Turner had a team-high seven points for Northeastern (0-4), which has lost all nine meetings with Syracuse.
Syracuse plays on Monday against Richmond at the Barclays Center in Brooklyn.