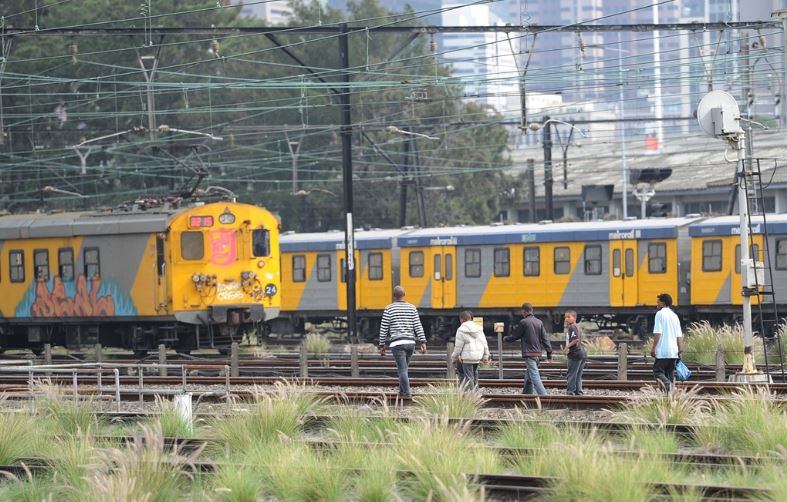 Thursday, 27 October
24 Oct
Geordin Hill-Lewis writes that the city of Cape Town is pursuing the devolution of rail because it believes that it can do it, and that by doing so, it will both grow the economy and improve the lives of Capetonians.

My desk in the Civic Centre looks out over Cape Town Central Station.

The station deck is busy all day long, with taxis jostling for position to collect passengers and get back on the road. But just below the station deck, where once hundreds of thousands of passengers passed through the railway concourse – there is now only a smattering of passengers moving around in eery, empty contrast to the busyness above.
READ | Cape Town says its bid to take rail management from Prasa just got a big boost
Not long ago, Cape Town’s rail network was an impressive feat of engineering and planning, transporting hundreds of thousands of Capetonians to work and play each day, connecting communities and bringing vitality to our metro. Now, it is a sad symbol of much that is wrong with South Africa.
Most countries treat their railways as treasured public goods, understanding them as wealth creators and equality enablers. In South Africa, our railway system has all but collapsed.
What are we doing about it?
Earlier this year, I announced that the city had begun a feasibility study on taking over the National Government’s management of passenger rail in Cape Town. The study shows we are serious about devolution and determined to rebuild a reliable and integrated public transport system for Capetonians with rail as its backbone.
Through this study (and others planned for the future), we will get expert opinion on what projects we need to undertake to reach our goal of world-class public transport for Capetonians.

Given adequate support (including from the national government), these projects will enhance the lives of millions in our city by cutting their commuting costs and travel times. They will also be a crucial step towards solving the city’s housing pressures by better linking more affordable areas of the city to workplaces and schools.
Many Capetonians — who previously took a short and affordable taxi trip from their home to the closest train station before catching a train to work — now have to spend more money to spend more time on increasingly congested roads. And Cape Town’s population continues to grow rapidly. We have no choice but to fix and expand our public transport offerings urgently.
What does the law say?
National government’s recent White Paper on National Transport Policy signals a major shift in the country’s approach by making competent cities primarily responsible for public transport. Cape Town is such a city. The policy mandates the city to make plans for the devolution of passenger rail. National government will also devise a Devolution Strategy, serving as a roadmap for the assignment of responsibility over rail to municipalities.
Most encouragingly, this policy states that requests from metros for the assignments of responsibility, made before the finalisation of the Devolution Strategy, will be treated “sympathetically”. In essence, metros that are ready to take on rail shouldn’t have to wait for national government to engage in further planning and discussions.
READ | Back on track? Government releases SA’s draft plan to revive rail
Section 99 of the Constitution empowers Cabinet ministers to devolve any of their powers or functions to a municipality, provided certain conditions are met. This means there is already the power in law to assign the control and management of rail to municipalities, as well as the ability to come up with policies and legislation in this regard.
Section 156(4) of the Constitution confirms section 99’s ministerial discretion to devolve certain national government powers and functions. All that needs to be shown is that the relevant municipality has the capacity to exercise these powers and functions and that they would be administered most efficiently at local level. This is underscored by the Constitutional principle of subsidiarity, which holds that governance should take place as close as possible to the citizens.
The city’s progress to date

Our feasibility study’s first deliverable is due shortly. It will outline how the city will devolve the management and control of rail prudently in a way that maximises public benefit and mitigates any unintended negative impacts.
The study has a broad scope, including exploring the integration of existing transport networks; ticketing and timetabling; railway operations; maintenance of assets; contracts and concessions; and security planning, among other things. It will take Prasa’s modernisation programme into consideration, including planned future rail extensions. It is committed to aligning our plans with international best practice and holds the safety and security of passengers as a guiding principle for every rail-related project.
The feasibility study will ensure our request for devolution is rational, reasonable, and entirely in the public interest.

Understanding that the full feasibility study will still take time, I have written to the Minister of Transport, Fikile Mbalula, asking him to set up a rail devolution working group to start working on the immediate steps that are necessary to get passenger rail up and running, even before devolution occurs. It is only by working together on that that we will be able to prevent the further deterioration of passenger rail and create a reliable, safe, and affordable rail network in Cape Town.
We are pursuing the devolution of rail because we believe we can do it and that doing so will both grow the economy and improve the lives of Capetonians. We are building a functional and integrated urban transport system that will positively impact social inclusion, shared prosperity, and poverty reduction.

When this is our reality, we will all feel much more confident about our future, with Cape Town’s model of success as a guide for South Africa’s success.

– Geordin Hill-Lewis is Mayor of Cape Town
*Want to respond to the columnist? Send your letter or article to opinions@news24.com with your name and town or province. You are welcome to also send a profile picture. We encourage a diversity of voices and views in our readers’ submissions and reserve the right not to publish any and all submissions received.
Disclaimer: News24 encourages freedom of speech and the expression of diverse views. The views of columnists published on News24 are therefore their own and do not necessarily represent the views of News24.