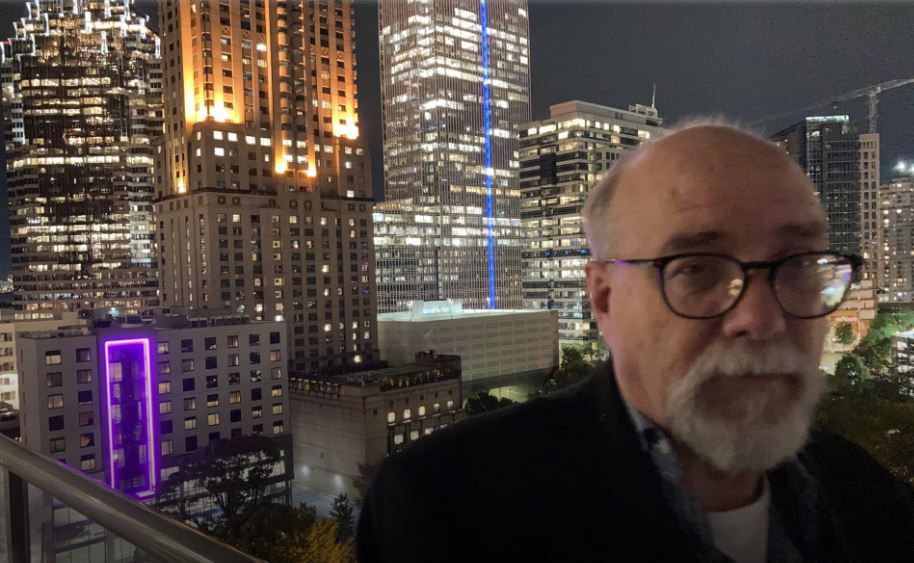 ATLANTA – (By Ralph Bivins, Realty News Report) – Looking for the latest real estate news?
Well, you should have been at the National Association of Real Estate Editors – aka NAREE – conference last week in Atlanta. A number of major developments and predictions made news at NAREE, including:
Dallas Galleria, a 1.4 million SF mixed-use development is likely to receive a major redevelopment. This will require the demolition of 20 percent of the mall, clearing the way for development of a new boutique hotel, an office tower, high-rise multifamily and a green space. The tentative plan was announced on the NAREE stage by Terry Montesi of Trademark Property Co., a Fort Worth-based firm that specializes in retail revitalization. The Dallas version of the Galleria, was completed in 1982 by Hines Interests, which built the original Galleria in Houston.
Selling Ugly. Lawrence Yun, chief economist of the National Association of Realtors, said the respectable sales results of early 2022 will not hold up for the rest of the year and pending home sales are down. “Because of the rise in mortgage rates, home sales are sinking,” Yun said. “We anticipate further declines in pending contracts. The third quarter is ugly. The fourth quarter is ugly.”  The mortgage rate hikes in 2022 have been staggering – to 3 percent, to 4 percent, to 5 percent, to 6 percent to 7 percent in October. Yun said rates could go higher, but he doubts mortgages will hit 10 percent.
Millions of homeowners will reject the idea of selling their homes because they want to keep their low-rate mortgages, says Selma Hepp, an economist with CoreLogic.
Selig’s Ambitious Construction Plan. Atlanta’s Steve Selig of Selig Enterprises has just finished a mixed-use high-rise project with three towers – condo, hotel and office. Google is a 500,000-SF tenant. Sales are brisk at the 64-unit upscale condo tower. This is Midtown Atlanta. It’s dense, walkable and optimism is high. In the midst of a tour for NAREE journalists, Selig stands on a condo balcony pointing out surrounding high-rise towers by Hines and earlier Selig towers. With civic pride, Selig points out nearby construction cranes on the skyline. Toll Brothers is erecting high-rise residential nearby. But what about this adjacent tract of land across the street, Mr. Selig? Is that about four or five acres? The property is chain-link fenced, heavily treed with dozens of boarded-up residences or small commercial structures. That’s the site of the next phase, Selig says. It’s about 4.5 acres and several residential towers and another hotel are planned. What about another office tower for Google’s expansion? We never heard the answer to that question. But Selig’s first tri-tower Midtown project, called 1105 West Peachtree, was appealing to Google. With transit nearby, the 1105 West Peachtree project includes the condo tower, the 675,000-SF office building and a 178-room foodie-focused Epicurean Atlanta hotel, which is part of the Marriott Autograph Collection.
The Tallest Elevator Tower in North America.
You won’t find many Atlanta citizens in this slender, new, high-rise tower. It’s for elevators only.
Rising to a lofty height of 420-feet, TK Elevator’s new elevator test tower is the tallest such tower in North America.
The building, wrapped in glass to look like a normal office tower,is a prime example of infusing a building with a company’s brand. This tower, with an 11,000-SF LED screen, is like a digital canvas for the firm’ marketing messages.
“It merges experiential design with interactive spaces to achieve heightened brand awareness and amplify its connection with its neighbors,” according to Gensler, the tower’s architect. Jerry Alexander, global leader of the brand practice at Gensler, discussed this on my podcast a few months ago.
The elevator firm picked a perfect location for the tower. It’s steps away from Truist Park, home of the Atlanta Braves, an outstanding team that was just knocked out of the playoffs by the Philadelphia Phillies.
But next baseball season, when a TV camera turns to track the flight of a soaring home run, the TK Elevator-branded tower may be shown in the background.