Ball Corp. will close two of its older U.S. factories, laying off dozens, due to flat demand for aluminum cans in North America, and it’s delaying construction of a new plant as well.
The Broomfield-based manufacturer last week informed workers at plants in Phoenix and St. Paul, Minnesota, that the factories will be closed in coming months as Ball trims its North American can output by about four billion cans annually.
The pullback comes after months of record-setting growth for Ball Corp. (NYSE: BLL) and aluminum can shortages that saw the company building new U.S. can plants while it imported cans from its factories overseas to keep up.
Beverage company orders with Ball Corp. in the second quarter had no growth in volume, the company said, and the market is returning to slower growth more in line with historical norms.
“We have a strong belief in the medium to long term, but we need to meet the world where it’s at right now,” said Scott Morrison, Ball Corp. executive vice president and chief financial officer, on a conference call.
The company called it a sensitive time for its employees in Phoenix and St. Paul and didn’t go into much detail about the shutdowns.
The closing plants both are about 50 years old and aren’t as efficient as new U.S. plants Ball Corp. has opened in recent months, which added 12 billion cans of North America production capacity, the company said. One of those new factories is in Glendale, Arizona, near Phoenix.
Ball Corp. has saved $30 million in fixed costs annually per factory when it has closed plants in the past, Morrison said.
Ball Corp. also is delaying construction of a large can factory in North Las Vegas that it planned to build this year. The company projected the North Las Vegas plant, being built to supply an unidentified beverage company committed to be the anchor customer, would cost $290 million to build.
Construction is being pushed back by six to nine months because it’s taking longer than expected to hire the labor needed for the project, said Daniel Fisher, CEO of Ball Corp.
The factory announcements punctuated a second quarter full of difficult news for the company.
Ball Corp. reported losing $174 million, or 55 cents per share, on second-quarter revenue of $4.1 billion.
That revenue figure is nearly 20% higher than the second quarter a year ago, but Ball Corp.’s expenses rose more.
The quarter featured a $435 million charge to reflect the impaired value of Ball Corp.’s business in Russia, which the company is trying to sell as it pulls out of the country in response to Russia’s invasion of Ukraine.
Ball Corp. also took a $22 million hit to its business in South America when a large Brazilian customer defaulted on its contract and refused to pay, the company said. It’s the first time a large customer has reneged on a contract in more than two decades, Morrison said.
Inflation in shipping and supplies meant Ball had to “choke down” $100 million worth of added cost it hadn’t expected in the quarter, he said.
In North America, it looks like economic stimulus spending has worked through the economy and consumers were being pinched by rising inflation, which is crimping the growth of Ball’s beverage customers. Alcohol-related can sales in the second quarter shrank 3% as beer can orders — both for craft and major brand beers — declined; hard seltzer can demand fizzled by 20%, the company said.
“I have never seen a geopolitical environment, an inflationary environment, a macroeconomic environment as unstable as the one we have right now,” Fisher said. “And yet Ball is still growing.”
The company projects 5% revenue growth for the full year of 2022.
It suggests a 4% to 6% growth rate will replace the double-digit growth Ball Corp. had been experiencing. That would still exceed the can company’s historical average of 1% or 2% growth, Ball’s executives noted.
Morrison said the company isn’t happy with its financial performance or having to shut factories, but the longer-term trends for the business still look positive. Customers are still increasingly using recyclable aluminum cans for beverages ranging from sodas to water, moving away from single-use plastics.
“The world is a mess, and our earnings are holding up pretty well,” Morrison said. “All the benefits of the can are still intact. None of that has changed.”
Ball Corp. had raised prices on its aluminum cans 20% during the couple of years of can shortage. The company hasn’t seen major customer pushback on prices yet, but can order growth disappeared in the second quarter, leaving Ball with an oversupply in North America it will work through in the coming months, the company said.
The company projects that South America, which fell into recession this year, will return to economic growth in 2023.
© 2022 American City Business Journals. All rights reserved. Use of and/or registration on any portion of this site constitutes acceptance of our User Agreement (updated January 1, 2021) and Privacy Policy and Cookie Statement (updated July 1, 2022). The material on this site may not be reproduced, distributed, transmitted, cached or otherwise used, except with the prior written permission of American City Business Journals. 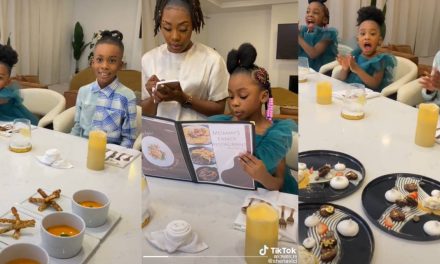 Mom crafts fancy 3-course meals for her kids in viral TikToks. Here’s why she does it – Raleigh News & Observer