An investigation by the department’s internal watchdog targeting one of the nation’s 93 U.S. attorneys — political appointees who are some of the highest-ranking federal law enforcement officials — is highly unusual. The ethics concerns surrounding Rollins threaten to undermine Attorney General Merrick Garland’s efforts to restore the Justice Department’s reputation for political independence after tumultuous years under Republican President Donald Trump.

The inspector general’s office is focusing on Rollins’ attendance at the Democratic National Committee event in July as well as her use of her personal cellphone to conduct official business, according to two people briefed on the investigation, which has been underway for weeks.

Also being examined is a trip that Rollins took to California that was paid for by an outside group, they said. They were not authorized to publicly discuss the ongoing investigation and spoke on condition of anonymity.

Anthony Coley, the department’s chief spokesman, declined to comment and referred all questions to the inspector general’s office. A spokeswoman for the inspector general, Michael Horowitz, said it is the office’s “general practice not to confirm or deny the existence of any ongoing investigation.”

A spokesperson for Rollins, Christina DiLorio-Sterling, said Rollins is “fully cooperating with the OIG investigation.” Rollins declined to answer specific questions from the AP.

It’s the second known federal investigation into Rollins less than a year into her tenure.

The inspector general’s office generally investigates allegations of fraud, abuse or violation of other Justice Department policies. Any decision about the fate of a U.S. attorney — a Senate-confirmed post — would fall to President Joe Biden.

News outlets reported in August that the U.S. Office of Special Counsel, another federal watchdog agency, was examining whether Rollins’ attendance at the fundraiser violated the Hatch Act, a law that limits political activity by government workers. The investigation is in the early stages.

Rollins was a controversial pick to be Massachusetts’ top federal law enforcer and she faced stiffed opposition from congressional Republicans for her progressive approach to crime. As district attorney for Suffolk County, which includes Boston, Rollins pushed ambitious criminal justice changes, most notably a policy not to prosecute certain low-level crimes such as shoplifting.

The Senate Judiciary Committee deadlocked on her nomination last year before she was confirmed by a 51-50 party-line vote, with Vice President Kamala Harris breaking the tie.

Rollins came under scrutiny after she was photographed in July arriving at a home in Andover, Massachusetts, where the DNC fundraiser with Jill Biden was held.

Sen. Tom Cotton, R-Ark., said her appearance was a “blatant violation” of the Hatch Act by someone who is supposed to “act as a nonpartisan law enforcement official rather than as a partisan politician.” He asked Horowitz to investigate.

Rollins said in a July tweet that she “had approval” to meet the first lady and left the event early to speak at two community events.

According one person familiar with discussions before that event, Rollins was given limited permission to meet Jill Biden outside the home. The person was not authorized to discuss the matter publicly and spoke on condition of anonymity.

Moving beyond that matter, investigators have copied the phone contents of some employees in Rollins’ office as part of their look into Rollins’ use of her personal device for Justice Department business, according to one of the people briefed on the investigation.

The use of a personal device — rather than a government-issued phone — by someone in Rollins’ position raises possible security and public records retention concerns.

Investigators also have asked about Rollins’ trip to California in June to speak at CAA Amplify, the annual gathering of entertainment, business and political figures run by one of Hollywood’s leading talent agencies, the Creative Artists Agency. The group paid for Rollins’ trip, even though Justice Department employees are not supposed to accept payments for travel. The department later instructed Rollins to pay back the group, the people familiar with the investigation said.

Rollins’ appearance at the DNC fundraiser may have contributed to new political restrictions for Justice Department appointees.

Garland told department employees in August that political appointees would no longer be allowed to go to fundraisers and other campaign events. Such appointees, who are hired under presidential administrations rather than making long careers at the Justice Department, had been allowed to attend political events passively on their personal time with prior approval. The new policy bans attendance altogether.

“It is critical that we hold ourselves to the highest ethical standards to avoid even the appearance of political influence as we carry out the department’s mission,” Garland said in a memo to employees.

Stay up to date with everything Boston. Receive the latest news and breaking updates, straight from our newsroom to your inbox. 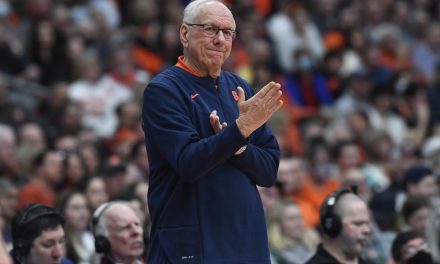